For earthquakes of M3.5 and higher, the CISN produces maps depicting the intensity of ground shaking. These maps are based on shaking parameters from stations in the combined seismographic networks, supplemented with predicted ground motions in areas where limited data are available, and are distributed electronically within minutes of the occurrence of the earthquake. Maps are updated as additional data becomes available. 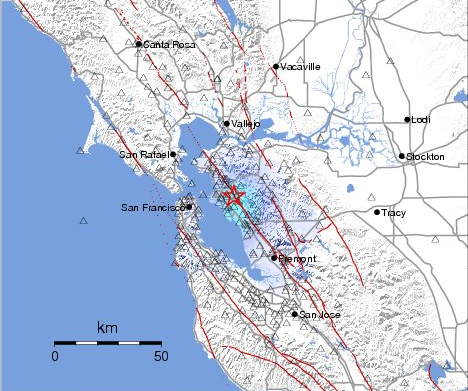 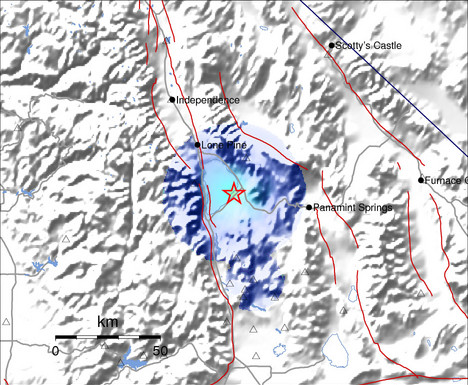 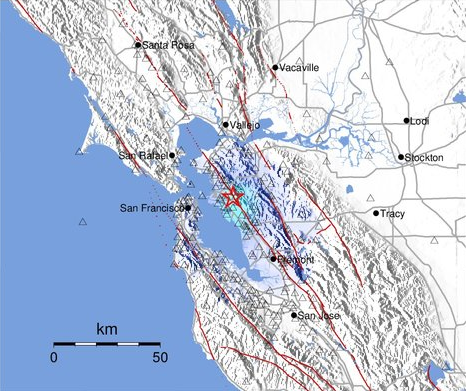 Unfilled circles indicate where strong motion values were estimated and used to fill gaps in the station distribution.

In an attempt to simplify and maximize the flow of information to the public, we have developed a means of generating estimated Modified Mercalli Intensity maps based on instrumental ground motion recordings. This "Instrumental Intensity" is based on a combined regression of peak acceleration and velocity amplitudes vs. observed intensity for eight significant California earthquakes (1971 San Fernando, 1979 Imperial Valley, 1986 North Palm Springs, 1987 Whittier, 1989 Loma Prieta, 1991 Sierra Madre, 1992 Landers, and 1994 Northridge).

The lower numbers of the intensity scale generally deal with the manner in which the earthquake is felt by people. The higher numbers of the scale are based on observed structural damage. Structural engineers usually contribute information for assigning intensity values of VIII or above.

For more background information on our maps and figures, download our quick user's guide: